FEED THE WORLD ONE GARDEN AT A TIME! VEGGIES FOR ALL CAMPAIGN!

This summer I will be donating fresh produce from my garden to the local FISH food pantry. They have a small section for fresh produce and would welcome more. We talked about community gardens, and that is still a goal of mine, but I would like to start with a far simpler approach. I am going to grow extra plants in my garden to generate produce specifically for donation.

I would like to encourage other gardeners to consider growing one extra plant and donating the produce from that plant to a local food pantry.

The woman from FISH in Dunellen said I couldn’t possibly provide too much produce for her to use! Let’s prove her wrong!

If you are interested in having me pick up produce from you to bring to the food pantry, please email me at VeggieMan@bgwdesigns.com

The peas are starting to come along nicely and I have 19 different pepper plants (poblano, many bell, something they called thai pepper, and a few others), 3 Rutgers tomatoes, garlic and lettuce going as well. I also added 2 zucchini and string beans yesterday, although I am going to put more beans in tonight I think. Pole beans, Kentucky Wonder. So far I have 17 planted and that is a large load of beans. I have a fantasy envisioned where they climb the 4 and 6 foot poles and then I can run string across the top to the fence for them to grow along. But we’ll see about that. I think I can fit at least 5-10 more in there somewhere. They are relatively high yield so they are going to be great for donations, and for us as well!

The bamboo poles will hopefully support the string beans well. Last year I planted poles next to the beans but planted bush beans…lesson learned there! I also enjoy sticking things in my garden for fun; you can see the swing from my kids’ old playset but the poles suppoting the fence are also from the playset, as are the boards that run along the ground and along the fence bottom to deter gophers. There are two glass birds, a glass sphere, and a few other odds and ends including The Jersey Devil! I will eventually put a small flower pot on the swing and maybe some more along the base of the garden.

The garden is growing well, although some string beans did not come in despite my replanting attempts. I have already donated 10 zucchini to the local food pantry and will be dropping more off this week. I have three ready to go and 5-8 on the vine and those bad boys grow fast.

The hot peppers are growing like crazy but will take a while to really ripen and get good and spicy. The green peppers are coming in as well and I ate one last week (hey, not all produce goes to the food pantry – some comes in the house as well!). The wife thought it was too bitter but I thought it was fine. I haven’t picked any since those first two though so maybe she is right.

I lost a tomato plant to poor staking and it broke in half. I was annoyed but live and learn. I don’t eat tomatoes so I don’t grow them. I’ll have cages next year though for sure.

The string beans refuse to grow laterally on my kite string so their height is stalled at 5-6 feet, although I am winding them around the kite string manually in hopes of really maximizing the yield. I think I may be able to donate a bushel or two worth of green beans over the course of the summer and still eat them every few nights at home! That is the hope at least.

I know now that this is a good endeavor. It has already been rewarding handing over the veggies to others and I think we have my first convert as well as the wife has been pushing the word as well. But even if no one else follows the lead, I will still be growing. The garden will triple in size next year as well so that we may have more things to eat in the home and much much more to donate to others.

Please come back and check this site as I have a few plans to add to my plants and maybe something will inspire you. If you have any ideas for me I would love to hear from you.

Sorry for the lack of updated pictures; I just have not paid attention to the web side of this as much as I should have. I have now donated 32 zucchini, 3 tomatoes, and 13 green bell peppers! So this is a success already. The line at the food pantry was about 15-20 deep with people waiting to get in though, so there is so much more that can be done. Please consider having me pick up your veggies if you live near Middlesex Borough or along the Route 1 corridor between Trenton and New Brunswick. no amount is too small, and I can make regular runs no problem. Some of the people who benefit from the food pantry recognize me now when I bring the veggies and believe me, you can feel pretty good about donating because they surely appreciate the fresh produce. 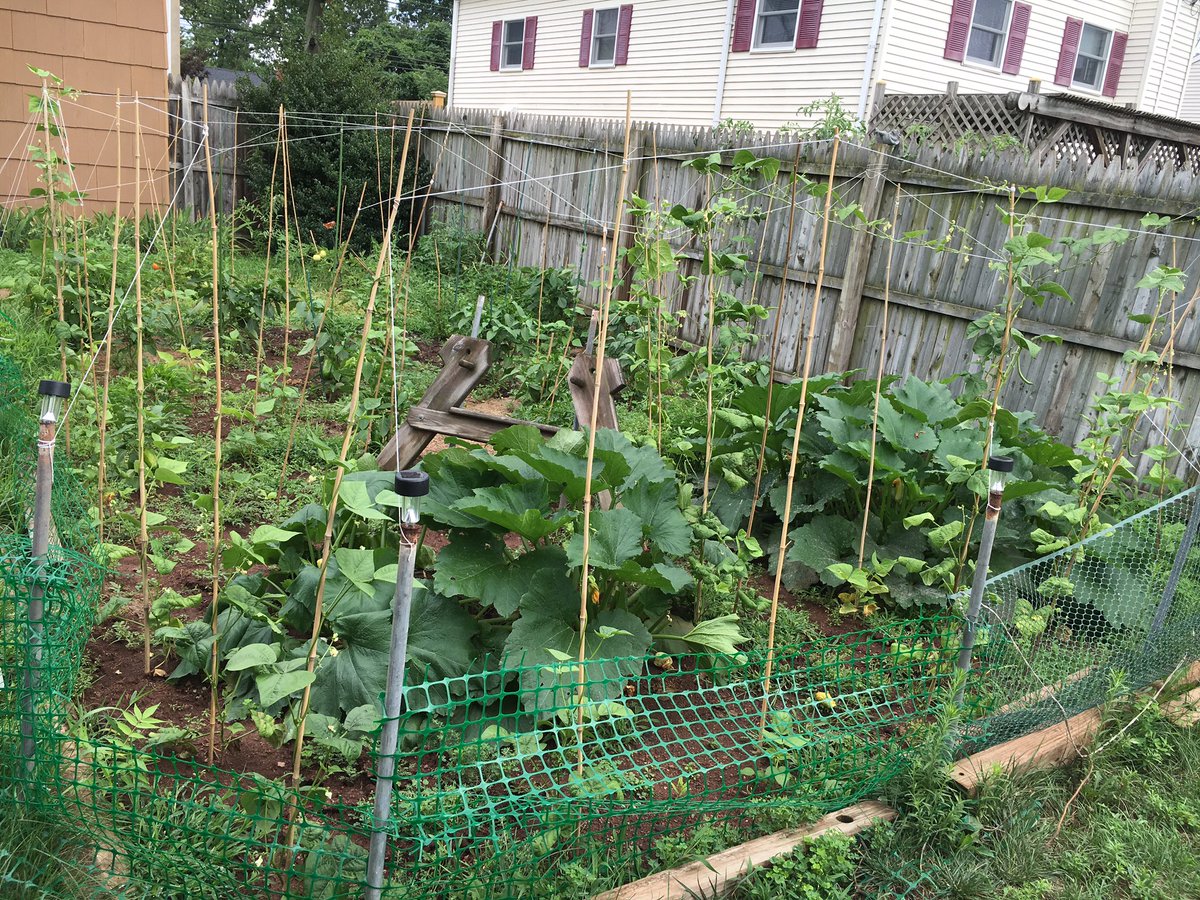 New donation totals are 40 zucchini 37 kung pao chili peppers 23 green bell peppers and 6 tomatoes! And this is only from my garden. I would love to pick up even 2 or 3 veggies for donation, every tomato and every piece is appreciated. Produce should really be coming in now and I would love for others to experience the joy I am getting from donating veggies to local people who greatly need them. Your cousin or sister or whomever you are giving your extra veggies to might be able to grow or get their own so I would beg you to consider giving them to the needy once in a while instead. please?

I have not been very good at documenting the donations this summer. Here are pictures of about half of the donations. 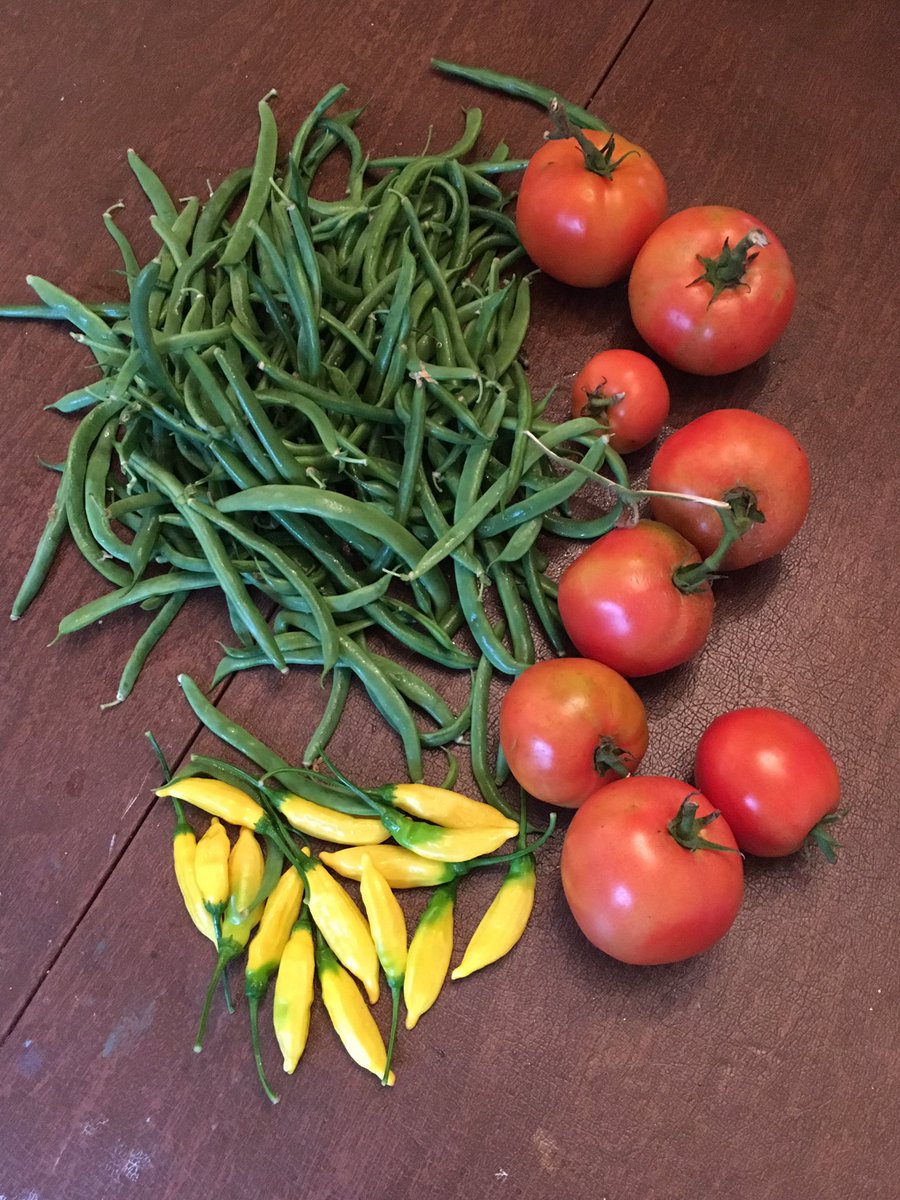 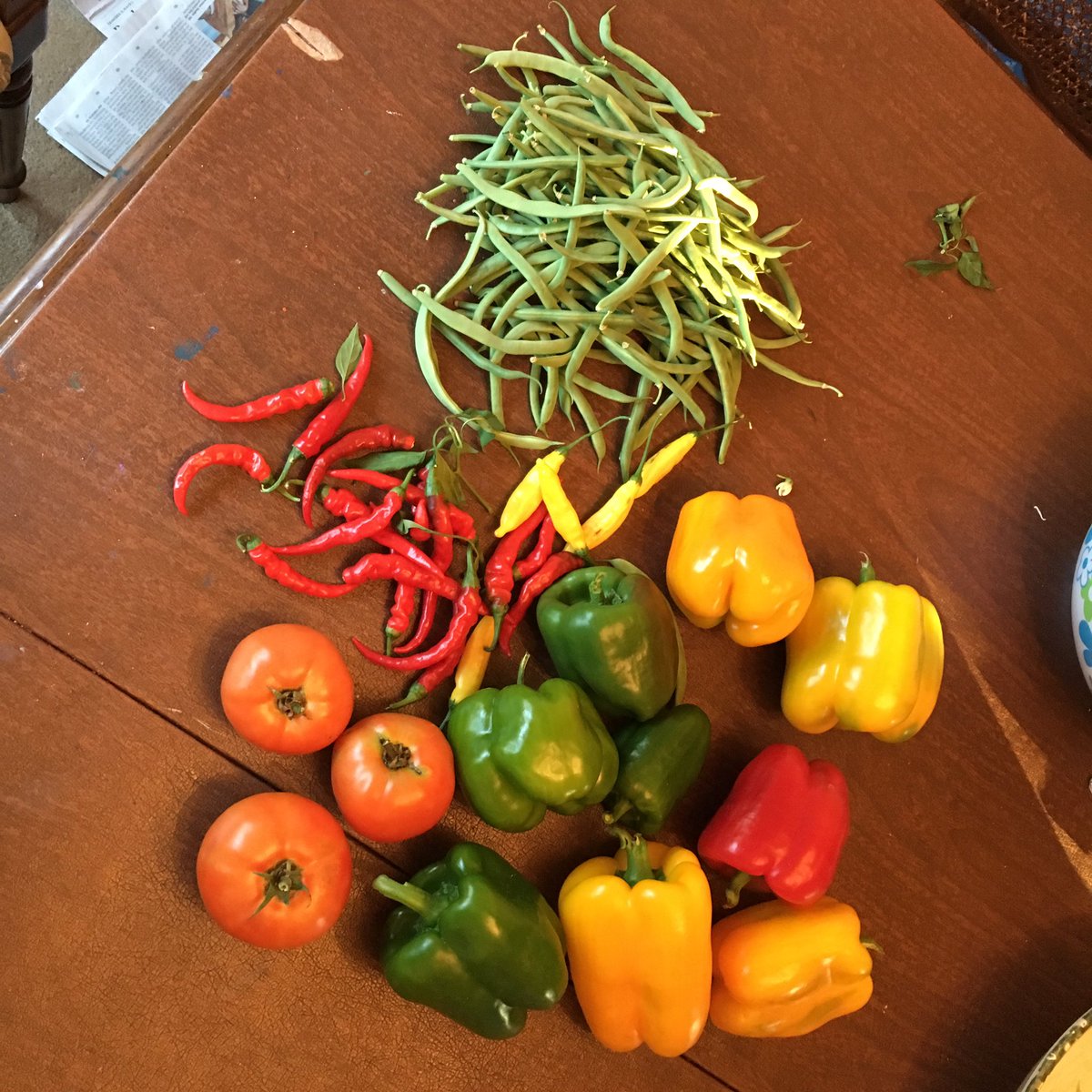 The small yellow peppers are hot; they start off green and turn yellow like salt water taffy! I like them, they have the heat of an habenero but a different taste.

The brown spots in the green peppers were hard and not soft, so I figured they were good enough for someone to eat and just cut around. This is about eating fresh veggies, not looking for a pepper to win the county fair! 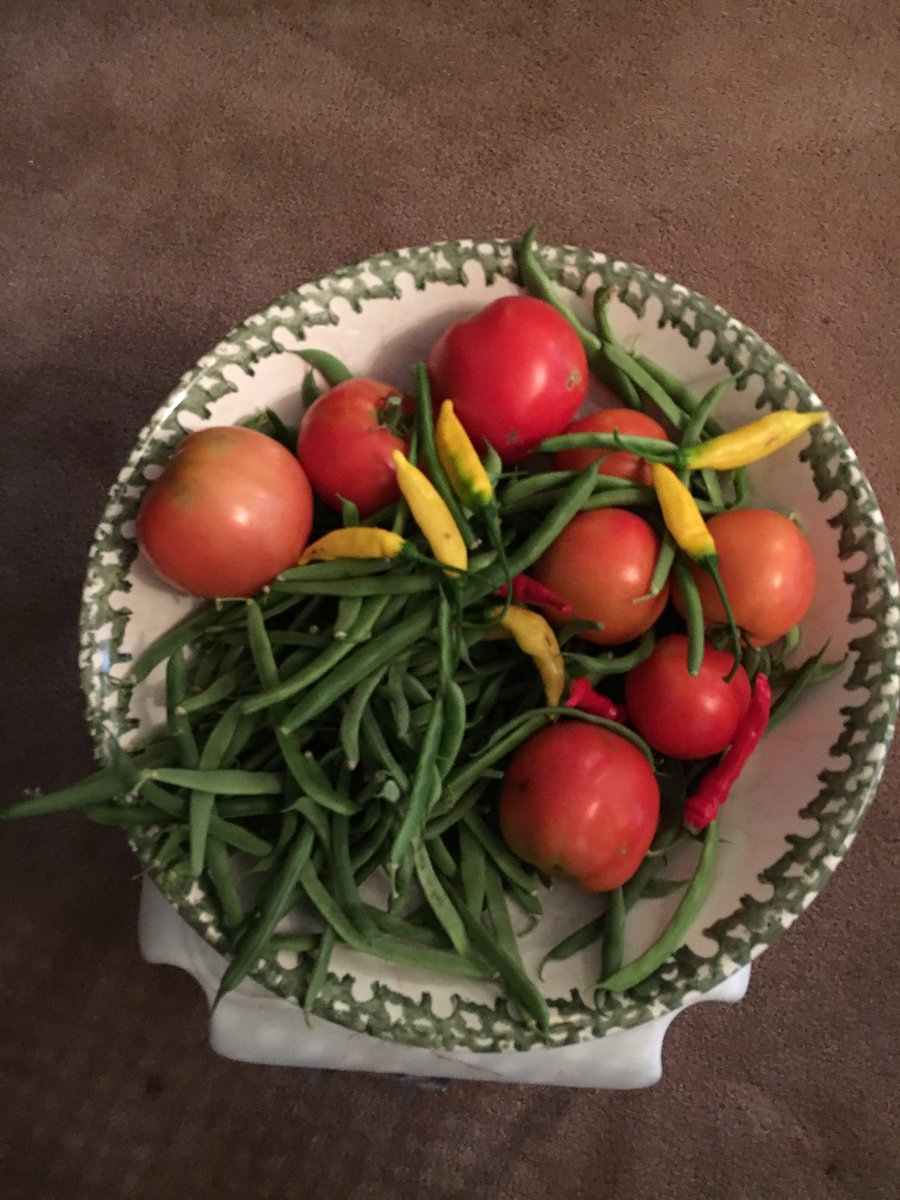 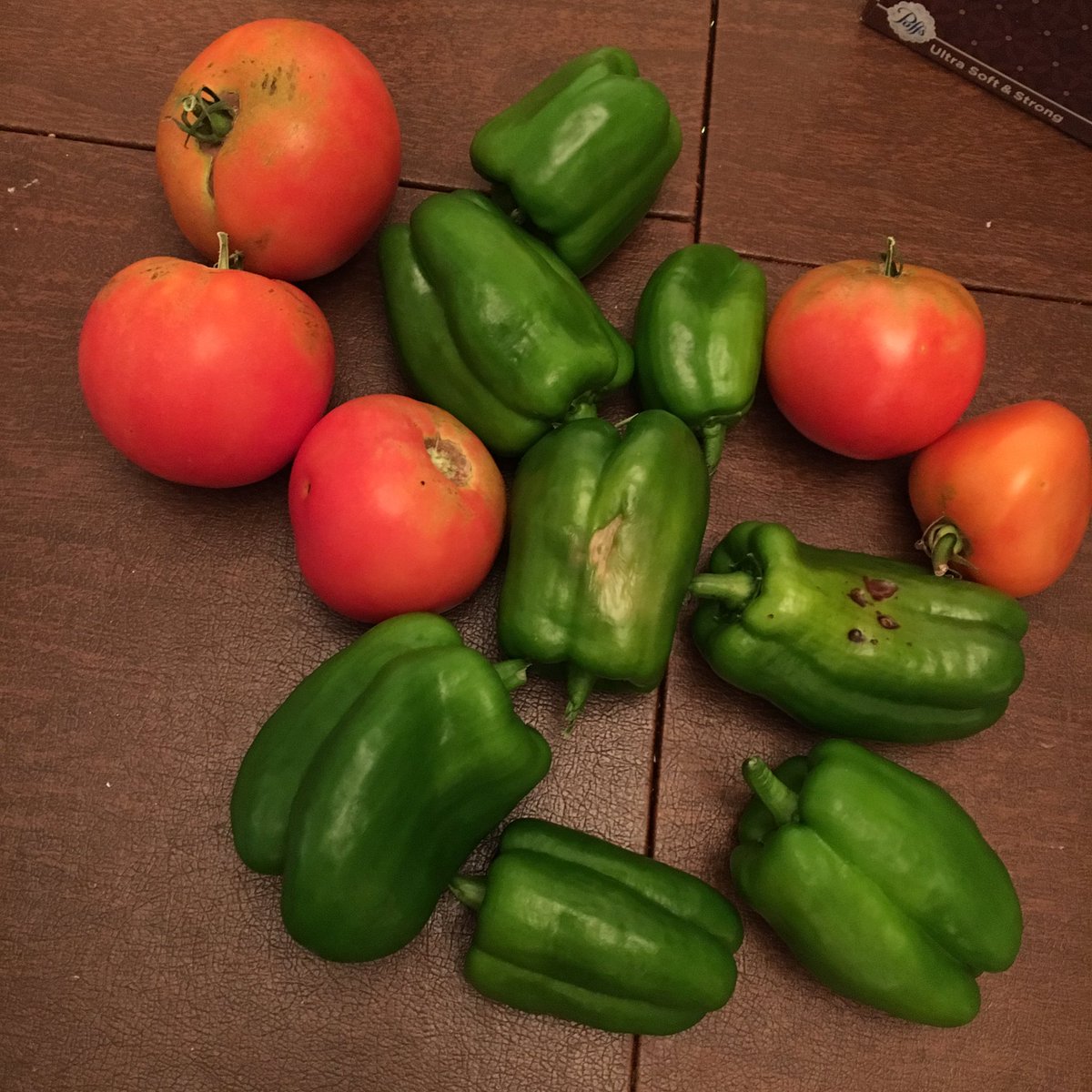 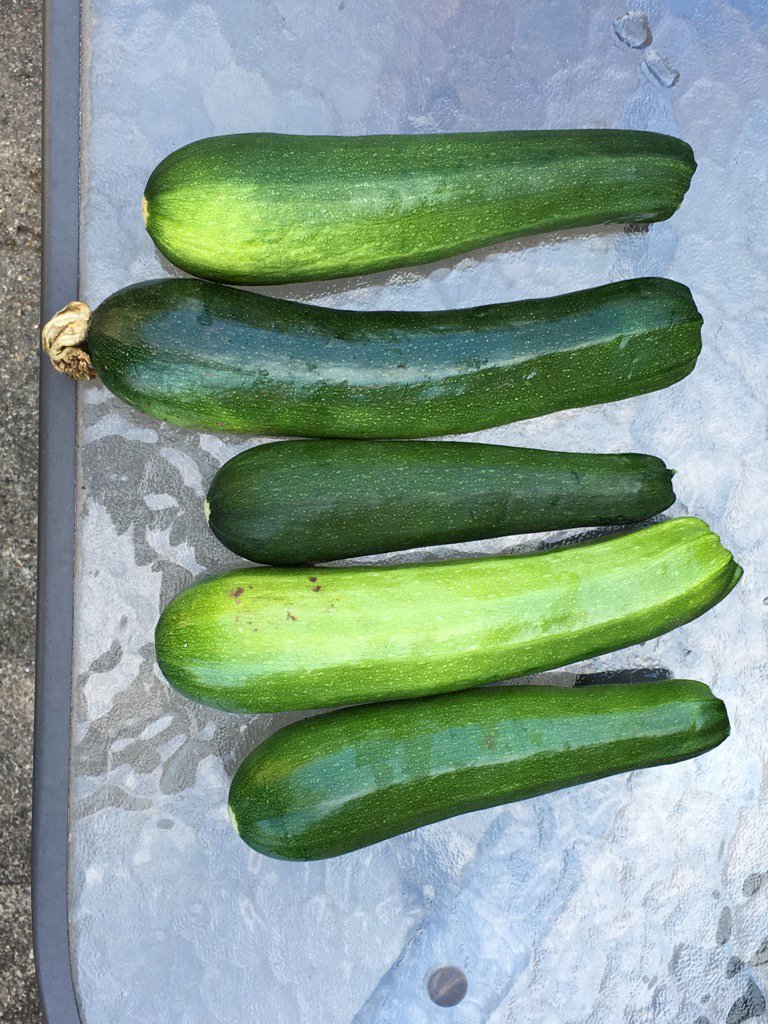 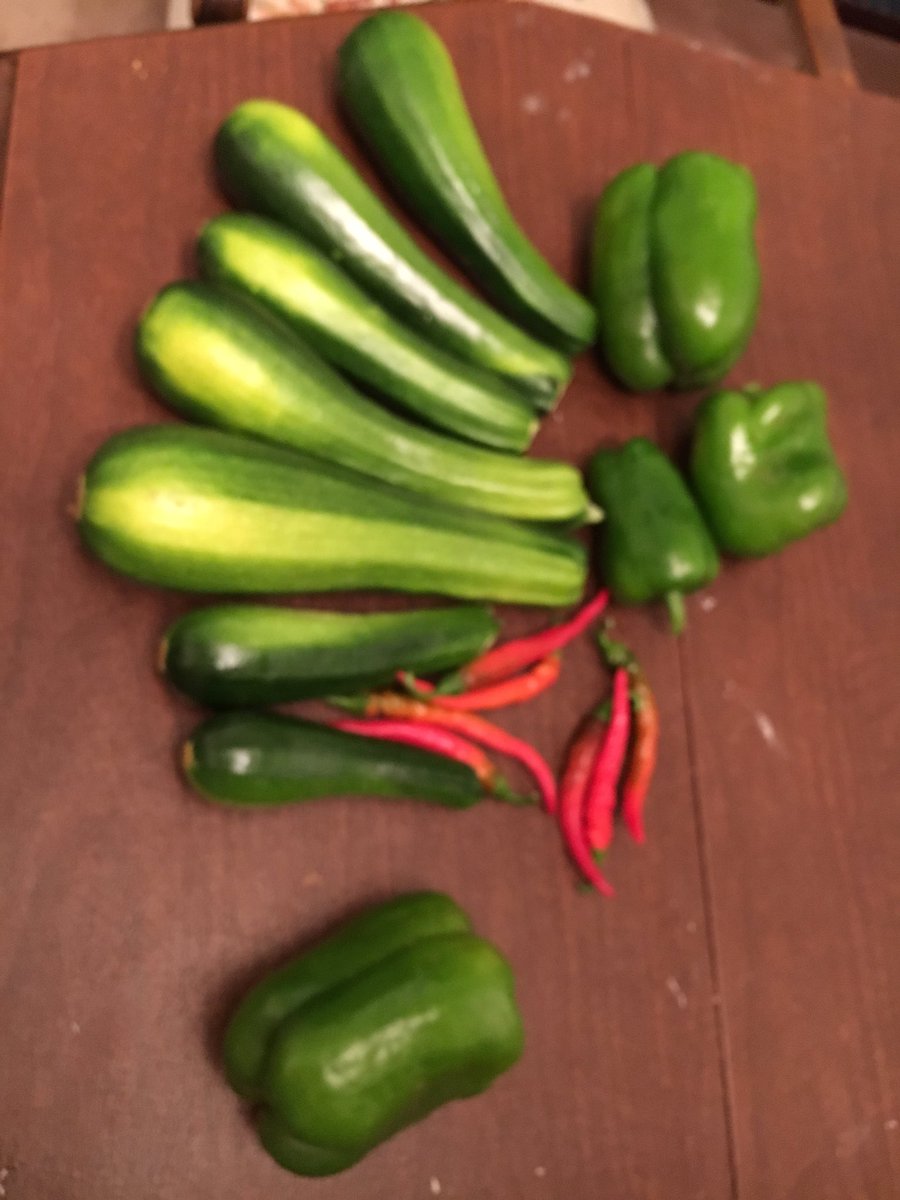 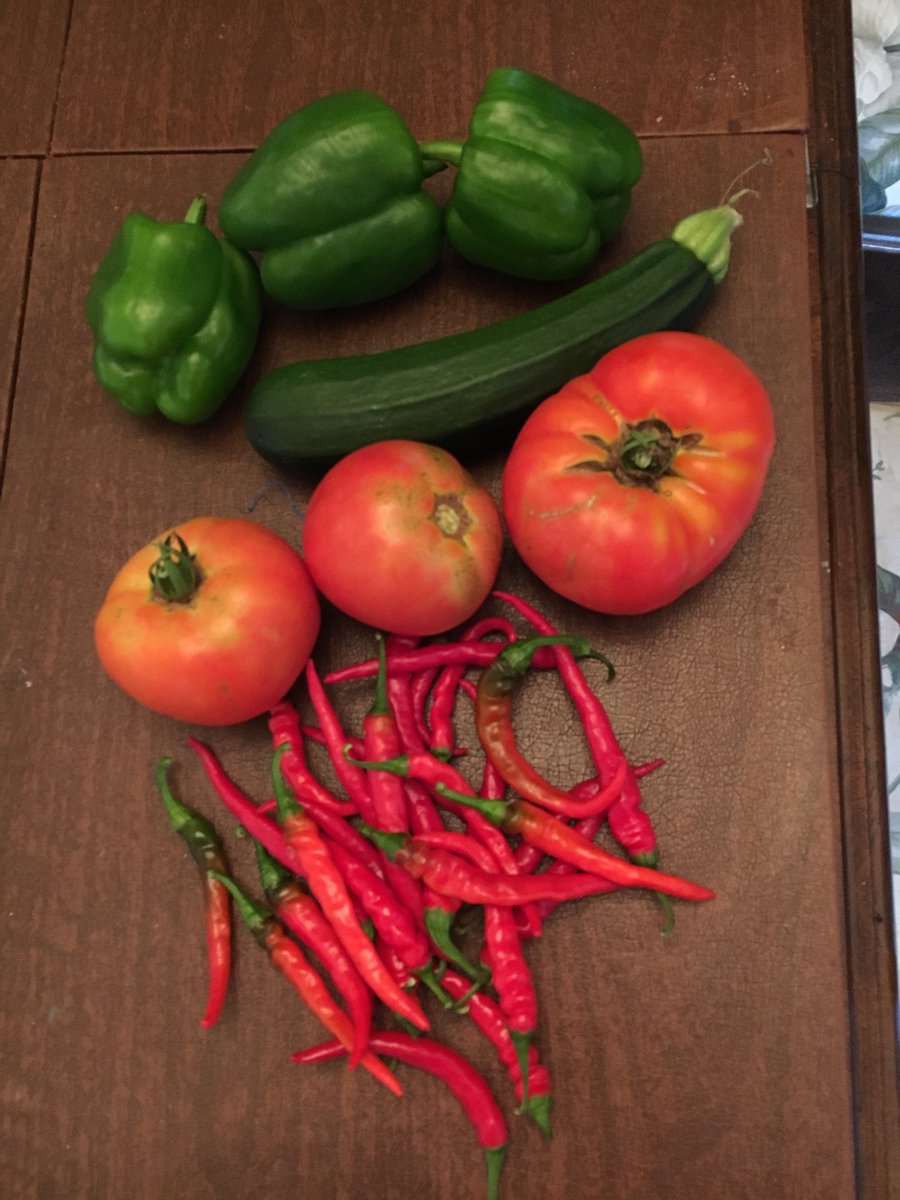 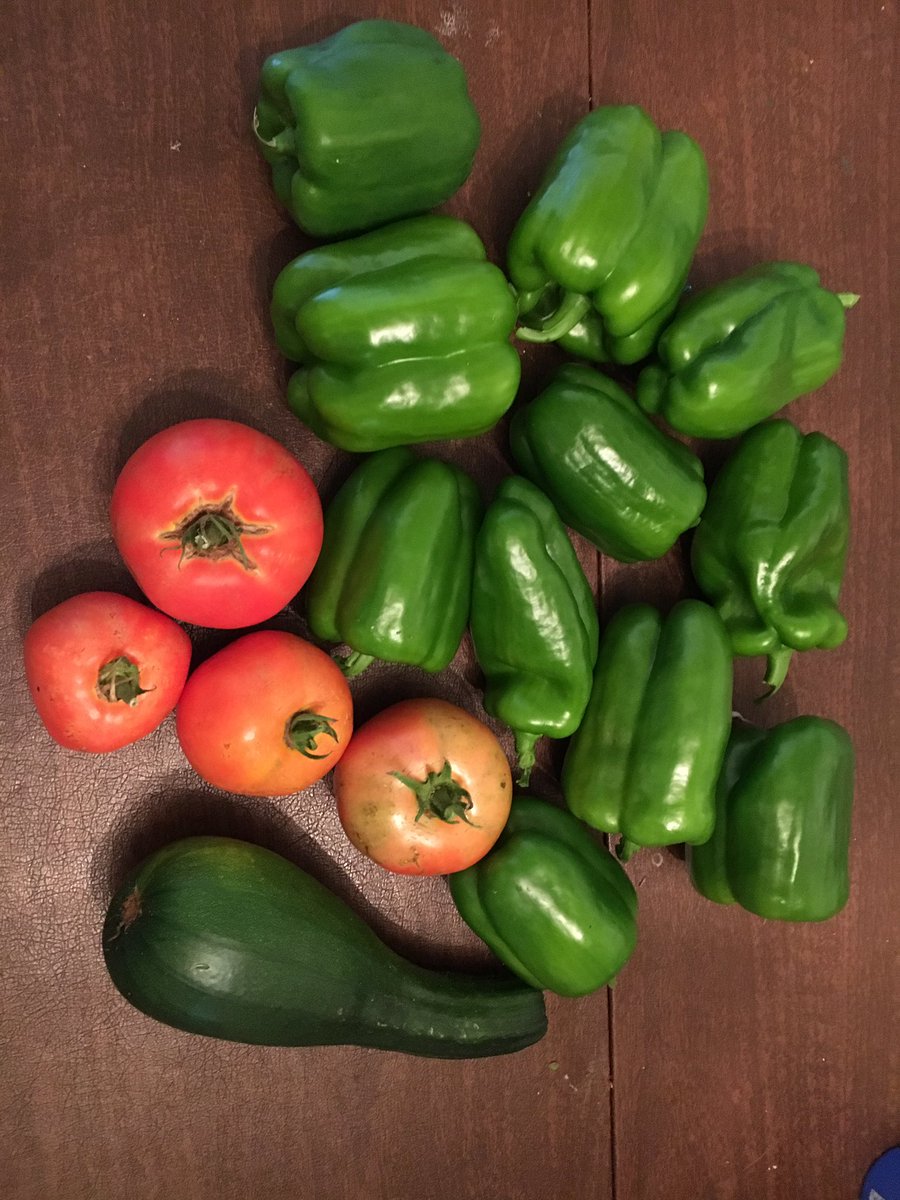 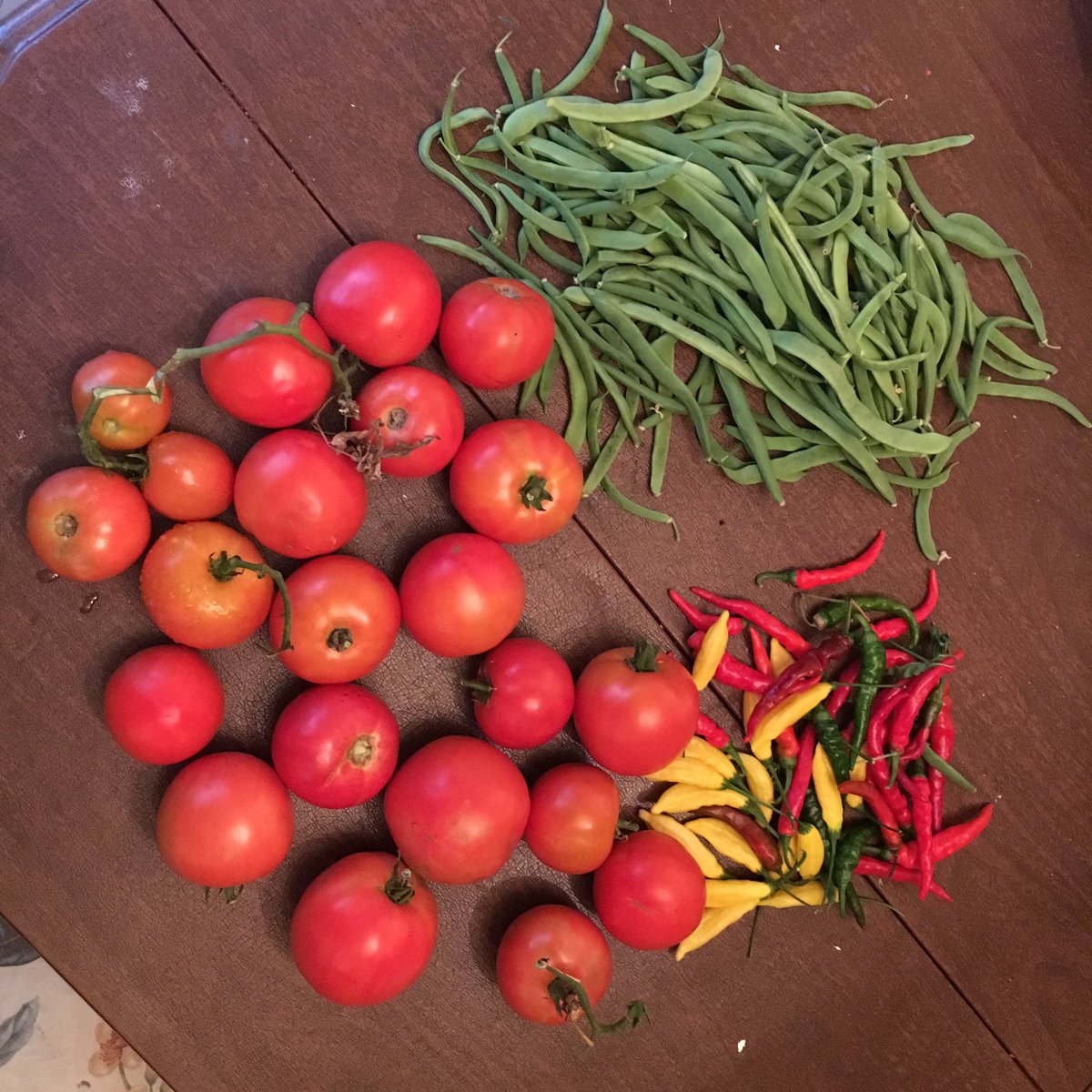 I think I got the hang of the string beans late in the year; hopefully I can apply that knowledge next year to increase the yield. This was the first year that the string beans, aka green beans, took off. I will plant so many more next year! The garden is slowing increasing in size and I hope to get a lot more grass out of the ground before the winter hits! The wife has been awesome is clearing the land after I tear it up.